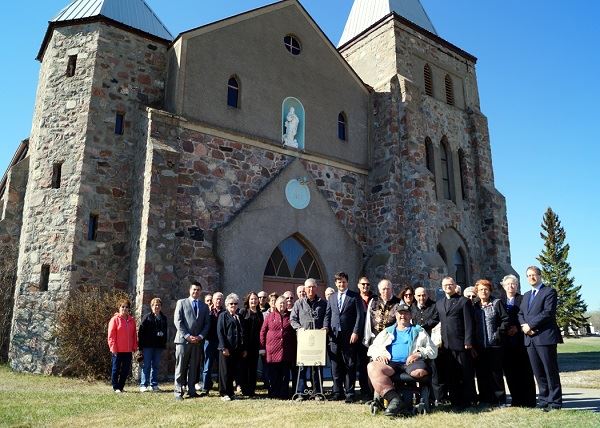 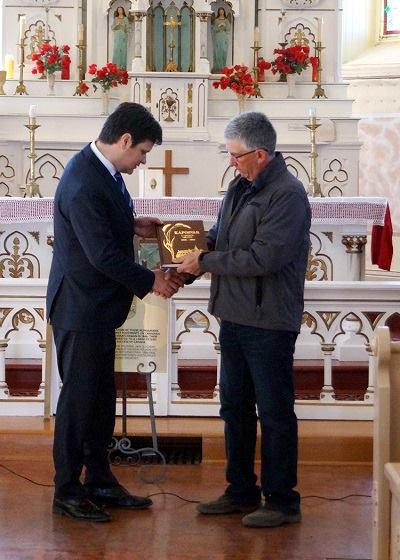 On May 3, I was honoured to host the Hungarian Ambassador to Canada B·lint ”dor as he visited Esterhazy. Esterhazy, and in particular Kaposvar which is located just south of the town, has a very strong connection to Hungarian heritage as immigrants from Hungary to Canada first settled at Kaposvar in 1886. Ambassador ”dor chose to come to Esterhazy as part of his four-day tour to Saskatchewan to pay respect to that connection and honour those who continue to carry on the Hungarian traditions. Both Ambassador ”dor and his Deputy Head of Mission, Laszlo Sinka, commented on how similar this area is to what they see in Hungary, and both could understand why Count Esterhazy choose to settle in this area.
We were also able to meet with members of Esterhazy Town Council, at which time the Ambassador spoke of possibly establishing a current connection between Esterhazy and a community in Hungary;
Morning meeting with some members of Esterhazy Town Council: Councillor Vern Petracek, Councillor Marty Pfeifer, Mayor Roy Spence, Ambassador”, MP Cathay Wagantall, Councillor Maggie Rowland, Councillor Amber Lingelbach
Ambassador" presented Mayor Spence with Hungarian folk, jazz and classical CD's and historical information about Esterhazy's ties to Hungary. (Last picture)