OTTAWA, ON – Cathay Wagantall, Member of Parliament for Yorkton--Melville, returned to Ottawa this week ahead of the Liberal minority government’s Speech from the Throne on December 5th. MP Wagantall laid out her priorities after being re-elected to sit for a second term in the House of Commons. 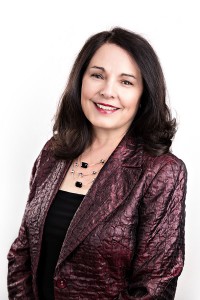 “I’m honoured by the confidence placed in me by the good people of Yorkton-Melville,” said Wagantall. “Their support inspires me to work even harder on the issues important to our communities, our economy, and our country.”

Fresh off the campaign trail, Wagantall underlined the concerns she heard from constituents on ensuring that farmers and the rural economy have the support needed to thrive.

“Agriculture, mining, manufacturing and small businesses are the beating heart of our riding and region,” said Wagantall. “They provide so much for our country and need a federal government that actively works to support them. They will continue to be at the centre of my work in Ottawa.”

Reflecting on her work in the last Parliament, Wagantall said that she will continue to advocate on behalf of veterans – particularly on compensation issues and for those struggling with the long-term, debilitating side effects of the anti-malarial drug, Mefloquine.

“It has been a humbling experience,” continued Wagantall. “Our veterans have put their lives on the line for Canada. They are merely asking for respect and to be listened to by the Liberal government.”

Despite mounting pressure from opposed voices and groups across the country, Wagantall redoubled her commitment to pro-life issues and palliative care. She will actively work to support meaningful legislation in this Parliament.

“I will not waver in the fight to protect life from conception to natural death,” said Wagantall. “Not only must patients and the unborn – the most vulnerable in our society – be afforded their guaranteed legal rights, but the conscience rights of medical professionals must be defended. No one should be compelled to provide a service or referral that contravenes their deeply-held personal beliefs.”

Finally, Wagantall turned her attention beyond Canada’s borders. She outlined her determination to stand up for international human rights and religious freedom, and to speak out for persecuted religious minorities. Continued cooperation with the International Panel of Parliamentarians for Freedom of Religion or Belief (IPPFoRB) – a network of legislators who promote and protect Article 18 of the Universal Declaration of Human Rights – will be a priority for Wagantall.

“Over three quarters of the world’s population are persecuted for their religious beliefs,” she noted. “Most are voiceless and deserve an advocate in support of their right to hold, practice, and freely change their beliefs.”

“Our Conservative team is returning to Ottawa as an empowered Opposition,” she concluded. “Canadians are counting on us to do the job they sent us to do. We will work every day to outline our vision of keeping Canada united and strong.”